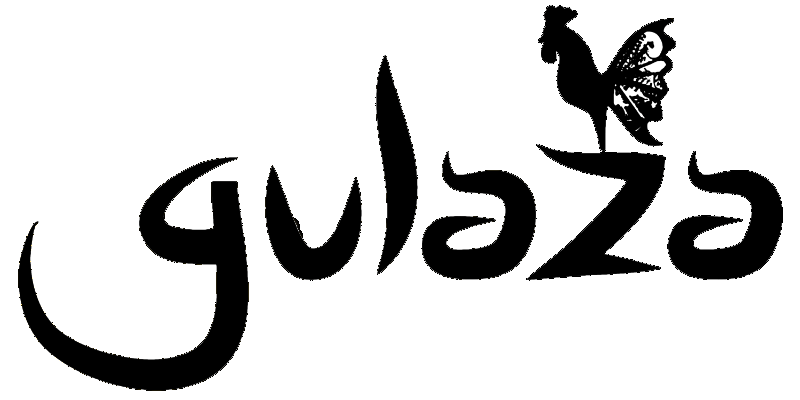 ‍ After taking over the world by storm with its repertoire of Yemenite women’s songs sung by a man, Gulaza will continue to mesmerise us all at  “WOMEX 2018”!
‍
Breaking ethnic and musical boundaries has become second nature for Gulaza. Using theatrical and ceremonial elements, Gulaza revives and revamps ancient Jewish Yemenite women’s songs, offering the audience a phenomenal aural and visual experience. Mystical texts that for centuries were handed down from mother to daughter, from generation to generation, acquire a contemporary interpretation in a memorable instrumental composition.
Through Igal Gulaza Mizrachi’s sultry performance and a unique combination of instruments, the audience is cast into an entrancing world of prayer, passion, dance, love and longing for freedom. There is no doubt about it — Gulaza will continue to leave audiences in awe throughout the world, as it has done so far.

After touring in Europe and the Far East for the past three years, Gulaza this time leaped even further as it will be among the selected artists to perform at the prestigious WOMEX Festival 2018. Looks like there is no stopping now.  “You get that when you see and hear Mizrahi strutting his stuff on stage. His voice, emphatic dictation and presence grab you by the heartstrings and don’t let go.” (Songlines, October 2018) “With each melody, ... and through Igal Mizrahi’s soaring voice, the songs become laments for freedom and yearning for love.” (World Music Central.org, July 2016)

Four distinct artists come together to revive the natural evolution of Yemenite women’s songs.
‍
Igal Gulaza Mizrachi, whose father is of Yemenite origin, grew up in a neighbourhood inhabited by Yemenite immigrants. He was thus exposed from a very young age to the Yemenite traditions, cradled in the fascinating world of Yemenite women. Drawn to this legacy, he studied their traditional songs and texts which describe their marginalised life in Yemenite society; collecting songs and tales from his childhood memories, personal encounters or from major life cycle events he attended, such as the Hena ceremony.This sparked a creative need to restore the Yemenite Jewish musical tradition, hushed up for far too long,  to its former status onto the world.At first, to keep the songs’ authenticity, he only sang, even chanted, and used percussion but soon after felt that, if he wanted to expand this rich heritage beyond its cultural and aural boundaries, he needed to incorporate more instruments. This is where the other band members came in.
‍
The n’goni introduces new rhythms and sounds from the West African desert to the ancient Yemenite repertoire. The guitar develops the harmonic part and enhances the natural connection between the vocals and the percussions. And finally, the cello adds bass and injects warmth and tenderness into the music of "Gulaza". All together, the combination of instruments bring the audience onto a spiritual journey, which tickles the imagination. But Gulaza isn’t just about heartrending music or melodies — it carries a strong universal message which needs to be addressed.Each song is a story in itself and narrates the life of young Jewish Yemenite girls, who are often coerced into child marriages, and the revolt they express towards it. Gulaza weaves their stories into a powerful tapestry of sounds and dance and through it, raises awareness to women’s status and hints at what should be their rightful place in society, often overlooked by century-old traditions, whether it be in Yemen or across the world.

Gulaza offers a production which is absolutely spellbinding, and which awakens all the senses. The connection between what happens on stage and the viewers is instant, and magical. The melodies, together with Igal’s ardent vocals and theatrical performance, deeply touch the audience’s soul.Having toured in countries as different as Norway or China with such resounding success, it is obvious that no-one, regardless of their musical familiarity or cultural identity, leaves a Gulaza concert, untouched. Igal’s torrid rendition of these mystical texts and the specific combination of instruments abound in beauty. The audience, men and women alike, is left with a profound impression, thrown back in time, unconsciously reminded of the universality of human nature. Gulaza transcends all boundaries as it unifies cultures under a profoundly spiritual canopy.
Gulaza triumphed in Europe and Asia and was invited to perform in prominent World Music Festivals. The ensemble toured extensively in: Austria, Germany, Denmark, the Faroe Islands, Sweden, Norway, Poland, the Czech Republic, Switzerland, Romania, Spain, Slovakia ,The Canary Islands Serbia as well as South Korea, China and India.

The Story Behind The Songs

‘’Mother, tell this bad man to forget about me,
I am not a meal to him, nor seeds to pick as he wishes’’.

‍ In July 2013, 11-year old Nada Al-Ahdal shared her story with the world through all social networks, and with great courage avoided her arranged marriage to a rich Saudi man. Her story is that of many Yemenite girls and young women.

Yemen, a country at the southern end of the Arabian Peninsula, is dominated by a clan-based, polygamous and highly patriarchal society. Women, more often girls as young as the age of 8 to 10, are often coerced into marriage to an elderly man they barely know, if at all; sometimes as a second or third wife. After following their husband to their new home, they would attend to the tasks that they had been trained for by their own mother. Often, they would never see their families again.

Since the women in Yemen were illiterate, a major historical source for describing their lives was their oral poetry, which was passed down, for generations, from mother to daughter by word of mouth. Their poems and songs documented their longing for freedom, aspirations, desires and disappointments.

The oral poetry differed from region to region and town to town and often contained an element of revolt, strongly protesting the quality of their lives or the choices made for them, without their consent.

The women sang while they worked together, during their everyday household chores such as grinding flour, washing clothes, carrying water from the spring or cooking and served as an emotional outlet for their feelings and repressed sentiments.

Most of the songs were of an improvised nature and thus, the women not only were singers; they were also composers and poets as well.

There are several types of songs. They are songs of separation (sung mainly during the Hena ceremony, when the brides-to-be were officially separated from their families), songs of unfulfilled love and of longing for freedom. The songs allowed women to mentally escape their strenuous everyday life and create a spiritual inner world of freedom and expression.

The Women's songs, which are sung in Arabic, (Hebrew was considered as the Holy language and a privilege reserved to men only) are considered as folk music; part of an heritage that has been passed down orally from mother to daughter for centuries and although they mostly relate to sorrow, sadness and yearning for a life of gentleness and love, they are not all necessarily sad. They can be humorous too; often ridiculing the husband.

Gulaza’s rendition of these secret women’s songs is charged with emotions and the audience is propelled into a world of prayer, love, mystery and longing for freedom.

Gulaza offers a one-to-two hour long interactive, stimulating and exciting masterclass, which can be adapted to different age groups — school children, students or as an enrichment course for adults — and which is suitable for audiences of any size.

Unlike the concert, which is more intense and follows a more rigid line-up, the masterclass offers an opportunity to get up close and personal with the band. The audience and the musicians share a more intimate learning experience. Questions are encouraged and though topics are covered during the masterclass, the latter can easily be geared to the audience’s sign of preferred interest at the time.

Gulaza has perfected a unique language that merges various musical influences (Yemenite / Middle Eastern / African and Classical) into a striking musical and artistic performance. The masterclass offers the audience the chance not only to experience a taste of Gulaza’s music but also to discover the richness of its instruments and the long forgotten stories behind the songs.

The topics covered in the masterclass are:
- Yemen and its culture
- The ‘Sacred Songs’ - the tradition of male singing
- The ‘Songs of Sands' – the women songs
- The traditional rhythms, the Yemenite dance and an overview of the basic Yemenite dance steps, followed by practice
- Musical performance from Gulaza’s repertoire and the story behind the songs
- Lessons in Yemenite singing and dancing
- The instruments used by Gulaza and their characteristics

Through the topics discussed during the masterclass, the participants quickly perceive that crucial themes such as the dissolution of boundaries, the longing for freedom and the acceptance of the other for who he / she is, are what constitutes the driving force behind Gulaza and what it stands for. 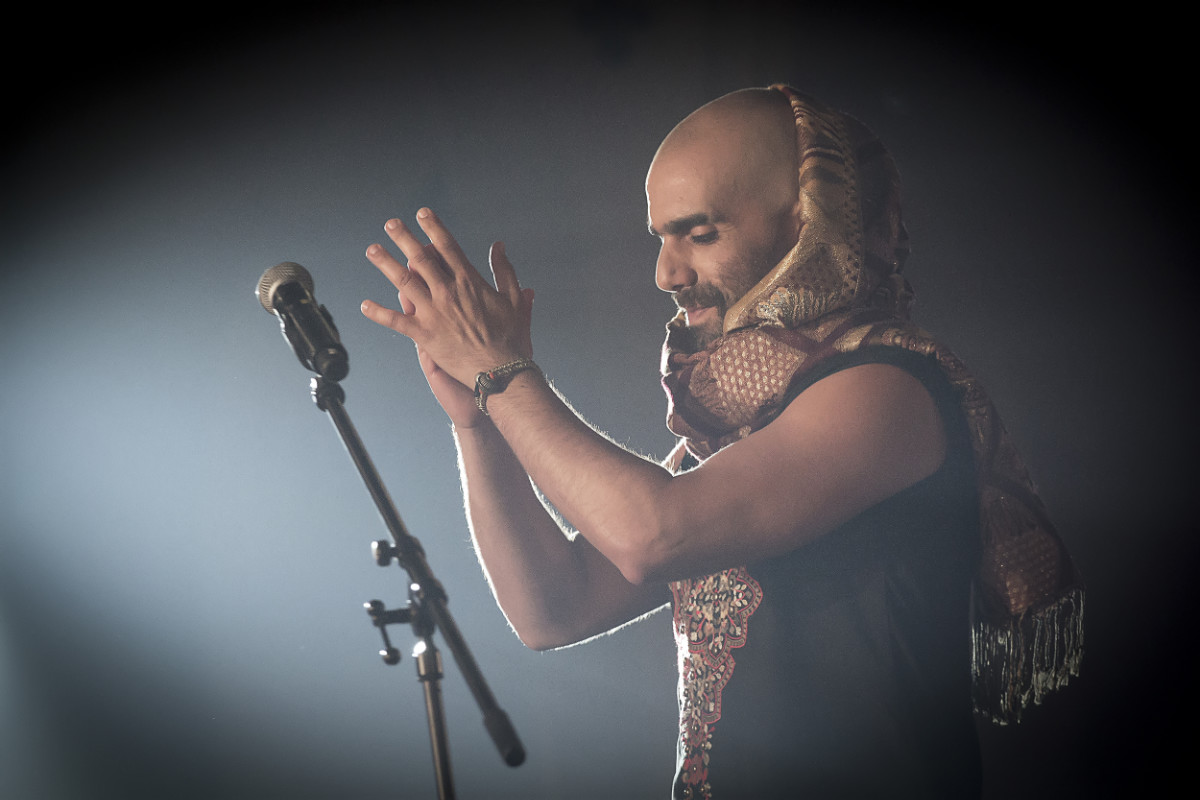 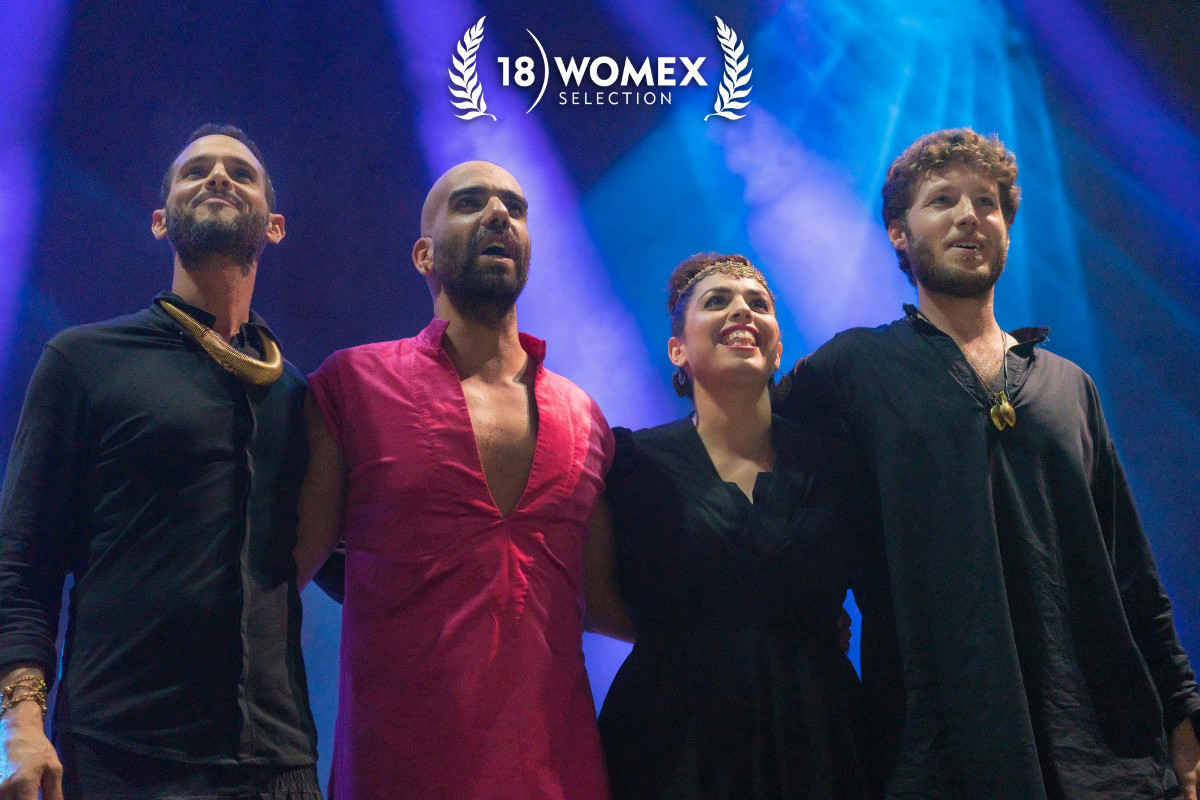 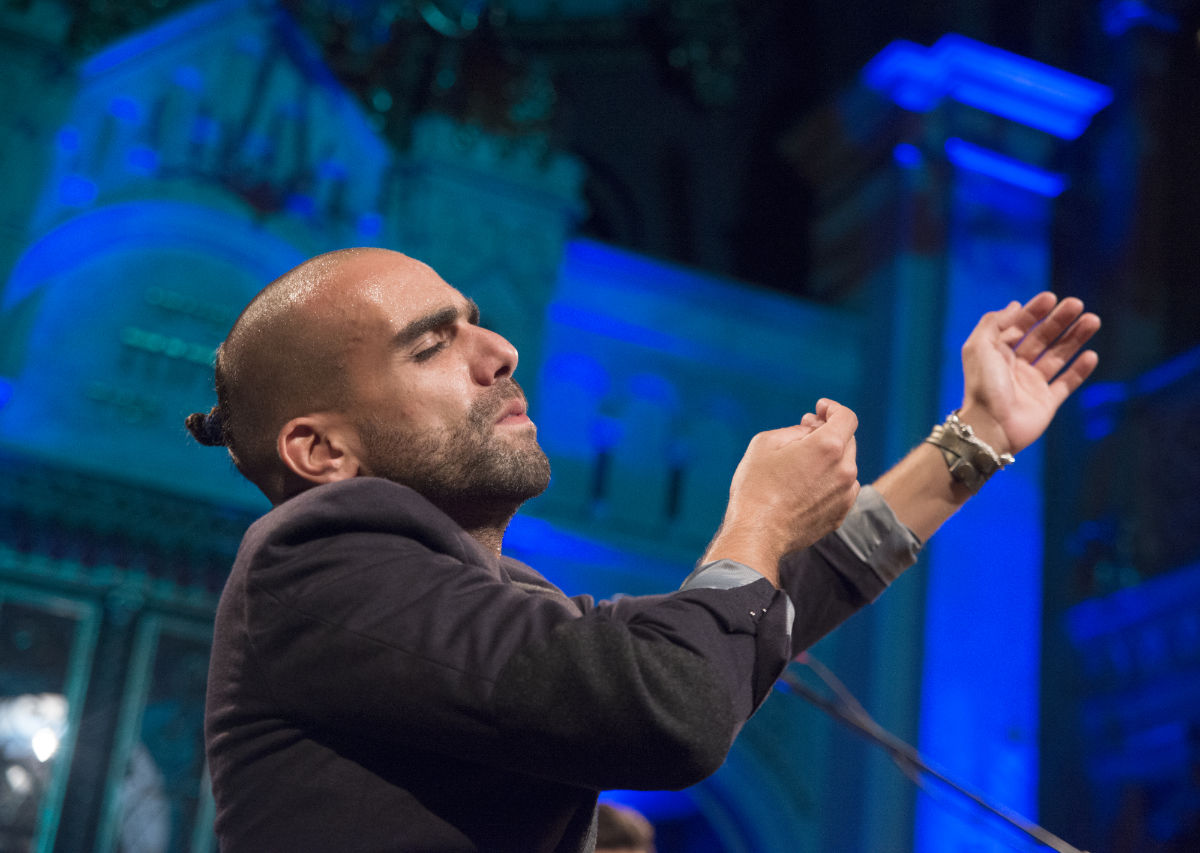 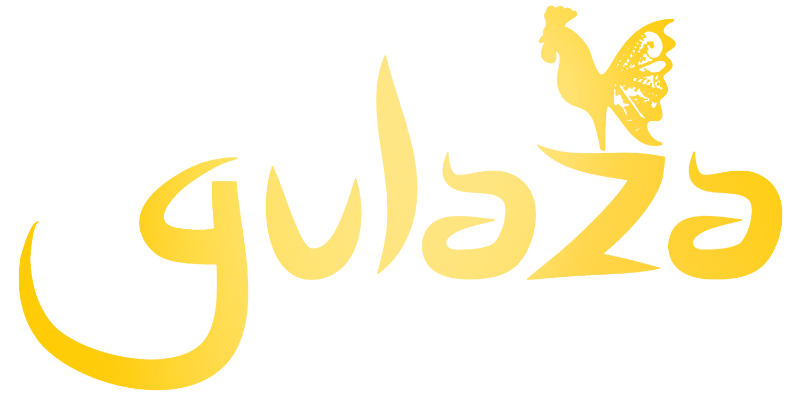